Wedding at Holocene in Portland, OR | Brit & Andrew

Wedding at Holocene in Portland, OR

How the day unfolded

I met up with Brit and her crew at her apartment in the Kenton neighborhood of Portland. There she got ready with all of her closest pals. Some friends were working on florals, others where steaming her wedding gowns and there were records spinning and mimosas flowing. Once Brit was ready we headed to a rooftop of a flex space in inner SE portland to meet Andrew for their first look.

By then it was raining, surprise, surprise! But the overcast, moody weather just added to the magic of our Portland skyline and the sweet moment that was unfolding. After their first look and taking a few moments to be alone with each other, we met up with the rest of the wedding party and made our way to The Holocene for their wedding ceremony.

It was such a gorgeous, intimate ceremony and as soon as they said “I do” they headed straight to the tattoo shop! Hell yessss to couples doing EXACTLY what they want on their wedding day. We made our way to Lombard Street Tattoo where Andrew and Brit decided on getting tattoos that represented each other. Andrew got Brit’s favorite flower on his arm and Brit got Andrews astrological sign on her wrist.

After tattoos they headed back the The Holocene to meet their guests for their wedding reception. The decor was simple & elegant. Andrew & Brit served Tacos and also had homemade taco seasoning as their wedding gifts. It was such a fun wedding reception and the dance floor was crowded all night, which is always the sign of a good time.

Scroll down to see how the day unfolded! 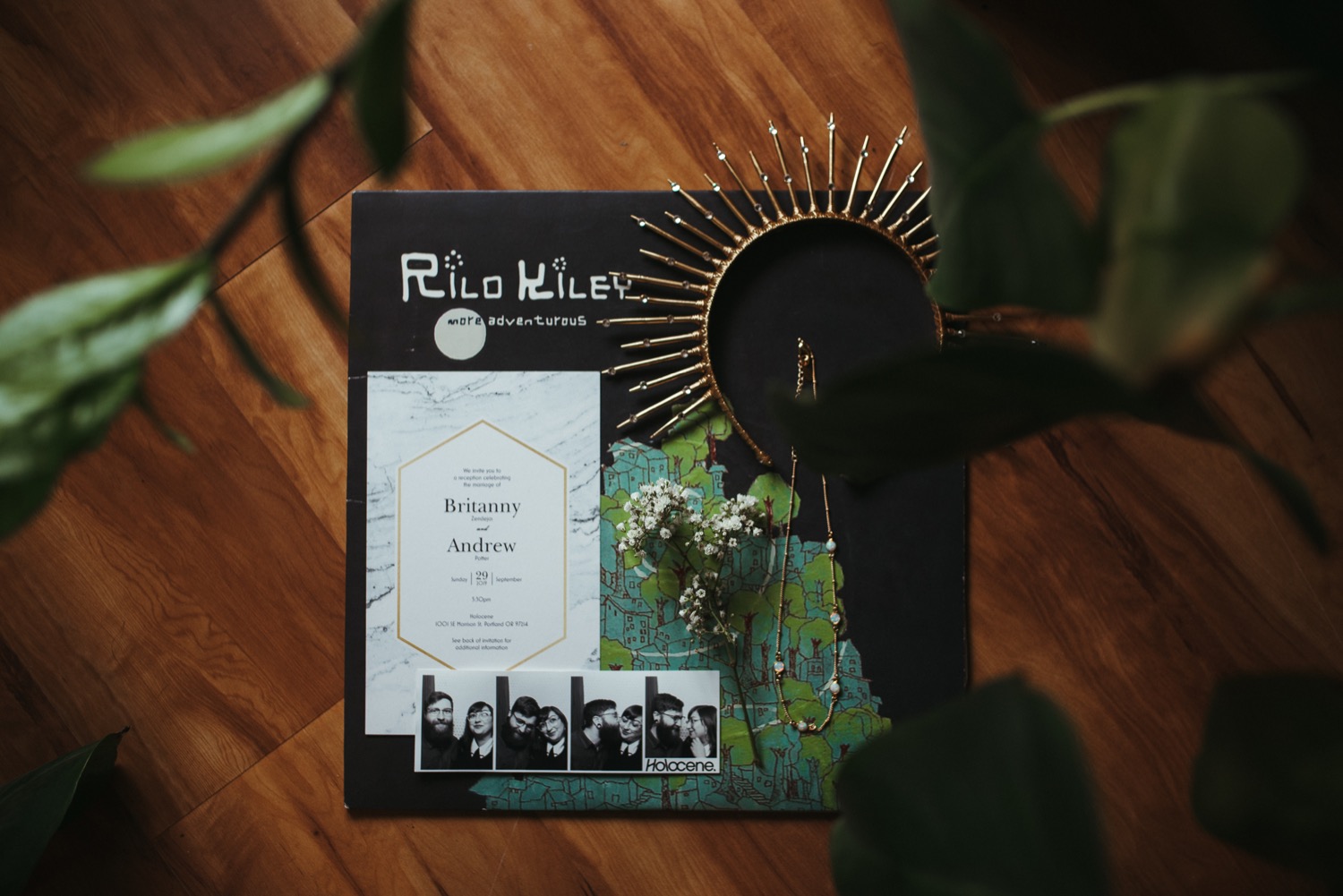 See more of my work , Learn more about me and my process or get in touch!

Andreia Claro is a Portland, OR wedding photographer specializing in natural, emotive and documentary style photography with an editorial edge. Making you feel relaxed and look cool as hell.

GET IN TOUCH A

GET IN TOUCH B

GET IN TOUCH C